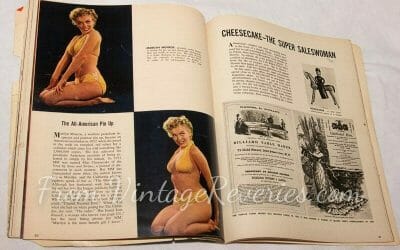 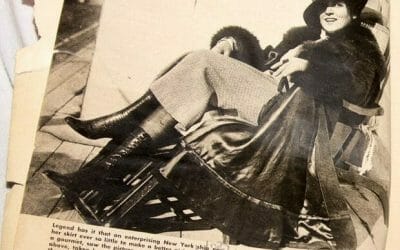 How did the term “cheesecake” pinup originate? Origins of cheesecake, and the first pinup model and cheesecake photograph. An article about the history of American pinup. 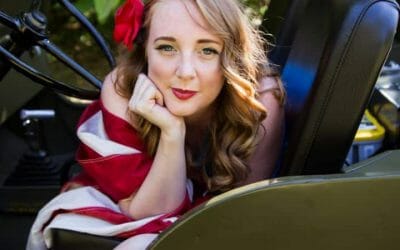 Patriotic Pinup with an American Flag and Willys Jeep

Amy W. was an awesome classic All American Pinup model in a blue halterneck dress, running around and draped in the American flag, posed with the 1940s Willys Jeep.