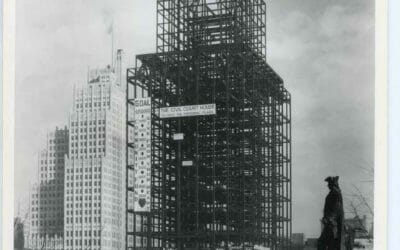 These were in a mixed album of early 1900s St. Louis photos that I scanned. One of these shows the civil courts building under construction, with just the steel beams up, which was completed in 1930 (so this picture would have been c. 1929). Another old photo is dated 1910 and appears to be a group photo of men in the Teamsters Union.