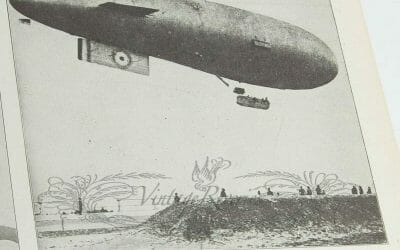 Here are some pictures of air planes used in World War I, and even one of a dirigible guarding the English coast! Military use of airplanes was still very new at this point, and shown are a picture of an English plane crashed into a tree and a German plane that was brought down near Marne. I think the photo of a raider dropping a bomb is just amazing for this time period, the caption says the photo was captured by an accompanying plane. Another interesting arial photograph is one of a World War I American Air Squadron in flight.