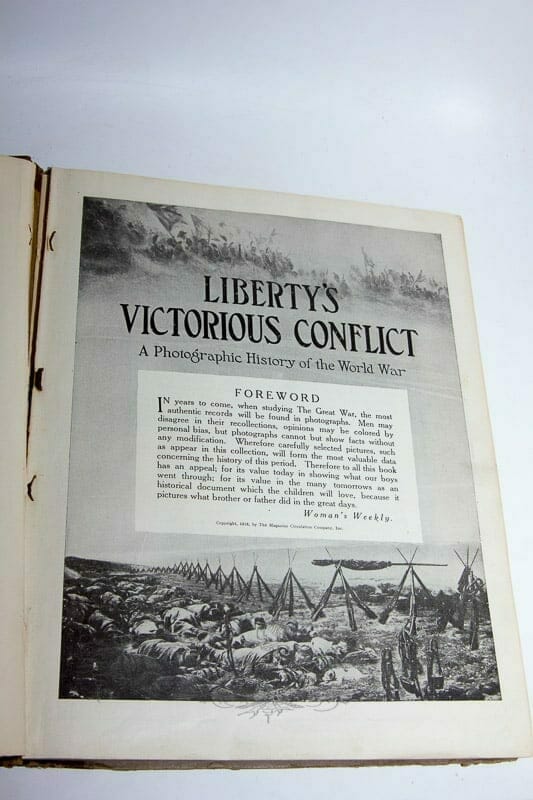 Pictures speak louder than words. In these last pages are images of World War I fighter planes in combat, famous air fighters, pictures of recuperating soldiers, descriptions and photos of hospital train cars, and, finally, a timeline of major events in World War I that happened between 1914 and 1917. These last pages also include a copy of Woodrow Wilson’s speech, recommending that America declare war on Germany.

I’d forgotten to photograph the forward, which states the aims of this pictorial history book:

“In the years to come, when studying The Great War, the most authentic records will be found in photographs. Men may disagree in their recollections, opinions may be colored by personal bias, but photographs cannot but show facts without any modification. Wherefore carefully selected pictures, such as appear in this collection, will form the most valuable data concerning the history of this period. Therefore to all this book has appeal; for its value today in showing what our boys went through; for its value in the many tomorrows as a historical document which our children will love, because it pictures what brother or father did in the great days”.

As the 100 year centennial of World War I nears, little did the writers of this book guess that these pages would be carefully digitally preserved for the great grand children and great great grandchildren to learn about “what brother or father did in the great days”. 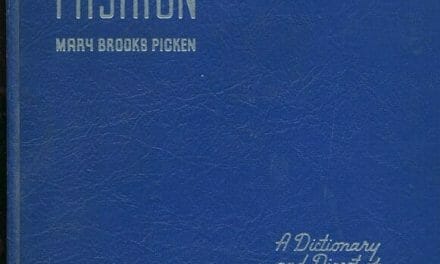 The Language of Fashion by Mary Brooks Picken 1938 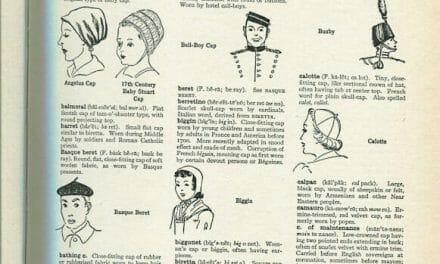 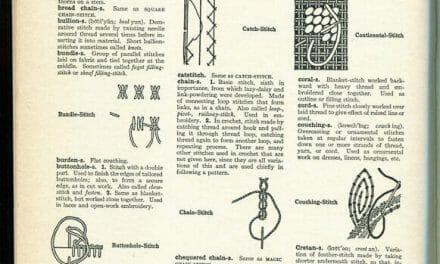 Types of Stitches thru Tunics & Turbans 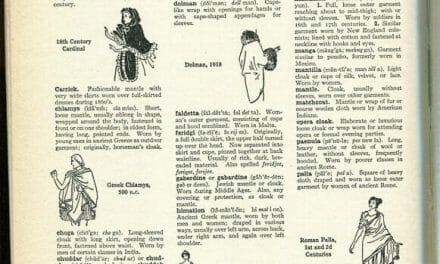